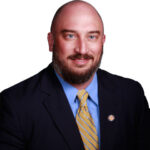 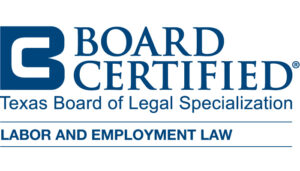 Stephen Townsend focuses on a wide range of practice areas, including labor and employment law, personal injury, real estate, business litigation, probate, estate planning, complex contract litigation, collections, and local governmental law. Stephen’s clients have ranged from individuals to Fortune 500 corporations.  Stephen prides himself on providing dedicated representation for his clients, from pre-litigation through trial.  Stephen is Board Certified by the Texas Board of Legal Specialization in Labor and Employment Law. Stephen volunteers his time with many local charitable organizations.

Stephen Townsend prides himself in being there to assist his clients in a wide range of legal areas.  Stephen’s practice includes general litigation in Texas state and federal district courts.  He represents many individuals, small businesses, financial institutions, corporate clients, and governmental entities in a wide range of general litigation, including personal injury litigation, complex contract negotiations, contract litigation, collections, and consumer protection.   Stephen represents many employees in discrimination cases based on their race, gender, age, disability, and religious beliefs.  He also consults with businesses on their employment practices and procedures. Stephen fights for justice for individuals that have been injured, whether in vehicle accidents, premise defects, on the job injuries, or through the negligence of others.  Stephen is there for families that have suffered loss, helping them with their estate and probate needs.

Before becoming an attorney, Stephen Townsend spent over ten years providing litigation support in civil trial litigation. During that time, he worked to prepare and present cases for trials throughout the United States. Stephen traveled the country standing side-by-side with clients and the lawyers fighting for them. He got to see first-hand the positive impact that trial lawyers have on peoples’ lives. He worked on litigation that brought safety reforms within corporations and industries.

Stephen Townsend spent his childhood in Wales, Wisconsin, and Southeast Texas. After graduating from Nederland High School, he enlisted in the Army Reserves. Stephen served while also working and attending Lamar University. He graduated from Lamar University in 1999 with a Bachelor’s degree in Management Information Systems. Stephen began his technology career as a web programmer in Houston. A move back to the Beaumont area in 2001 introduced him to the legal field where he became an Information Technology Director at a plaintiff’s law firm. It was there where he began preparing and presenting cases for trials across the country.

In 2004, while working full-time in IT, Stephen attained his Masters of Business Administration degree from Lamar, graduating with a 4.0 GPA. Still traveling and preparing for trials, the inspiration of being a trial attorney motivated him to begin attending law school at South Texas College of Law. In 2007, Stephen began attending law school in Houston, Texas. With a full-time job and a family, Stephen spent the next three years driving back and forth from Beaumont to law school in Houston each night. He graduated from South Texas College of Law in 2010 and was admitted to the State Bar of Texas in May of 2011.

Stephen Townsend got quickly into litigation immediately after finishing law school by successfully arguing a major a premise liability case to a jury in which a worker was injured at a local refinery. Stephen has since handled litigation for multiple types of cases.  He has been a trial counsel for many multi-million-dollar trials, as well as serving as first chair in successful consumer protection trials.

Stephen is married to Melissa Townsend. They live in Port Neches, Texas with their son and daughter. Stephen and Melissa enjoy volunteering in the community.  Stephen has coached youth baseball, football, and basketball.  Stephen volunteers with the local bar association in providing pro bono work, as well as veteran’s legal assistance. Stephen serves as Chairman of the YMCA of Southeast Texas and serves as a board member on other local non-profit organizations.

The information on this website is for general information purposes only and is not intended to create an attorney-client relationship.  © 2022 All Rights Reserved, The Bradley Law Firm.